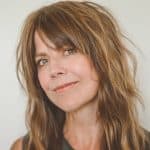 CBD is becoming a big business as more states across the US legalize cannabis. We meet April Cole Worley, CEO of apothecary brand Mender. After Cannabis became legalized in California where she is based, she began navigating the legal grey area of CBD-based products to create a range of all-natural, organic body care for men and women, which enables them to get CBD into their daily routine.

After getting lead designers and an expert partner on board, she has grown Mender to up to $35,000 per month in revenue, growing this tenfold from when she first started. She has big plans for future growth and investment, so we find out how she got this far, and what’s next for Mender.

I am April Cole Worley, the CEO of Mender - a CBD apothecary brand based on the Central Coast of California, just south of Big Sur. We formulate full-spectrum CBD body care for women and men in a collection of products that help people get CBD into their daily routine to support their endocannabinoid systems, and offer an all-natural, hand-crafted alternative to everything, from youth serum, to body butter and deodorant.

How did you come up with the idea, brand name and logo for Mender?

When cannabis was legalized in California, I knew I wanted to be a part of it. I cut my teeth as a marketer at a boutique creative agency that catered only to the cult wine industry. Our goal in wine marketing was to fight the stigma that wine had as a snobby consumer item, to become a beverage of the people — because that is how wine began.

Cannabis has the opposite problem. It has a low-brow reputation and I wanted to elevate its status to not only more respectfully represent the plant (because very few brands were doing it), and also help break down the stigma surrounding cannabis. I have always seen cannabis as a healer, and that is what ‘Mender’ means — a healer. Our logo is two fledgling cannabis buds encircling an awake eye to symbolize awareness, wholeness, and consciousness.

Take us through the early stages of Mender's brand journey

The first thing I did was reach out to Ariel Rosso and Jesse Mireles, the lead designers who I worked with at Proof — the wine marketing agency I mentioned — to see if they wanted to build the most beautiful cannabis brand we had ever seen. As creatives, they were in.

At first, we spent a really long time playing with visual identities and developed an apparel line to test the market with. We were all working for free because we all had other jobs and it just felt good to be part of something that was OURS. It did not take long before we were sending out free apparel to be worn by influencers in the cannabis space to make friends and feel out the space. Pretty soon after we started spotting our tanks on some really rad cannabis influencers on Instagram and that was so cool. Cooler still was how wonderful so many of these women were.

The legal cannabis space is so new, so many of us had a beginner’s mindset and I think that was part of the magic. Then we needed a product, so when we first learned of CBD we were on the hunt for someone to partner with that had experience making CBD products.

Once we made that decision, it was about a month before a friend of mine mentioned she had someone she wanted me to meet, who owned her own skincare company that she was looking to sell so she could start fresh with a new brand in the CBD world. She called me and we decided to work together within the first 5 minutes of the call.

It’s been almost a year since we launched the Mender CBD Daily Essentials Bodycare Collection, and we have been flying ever since. 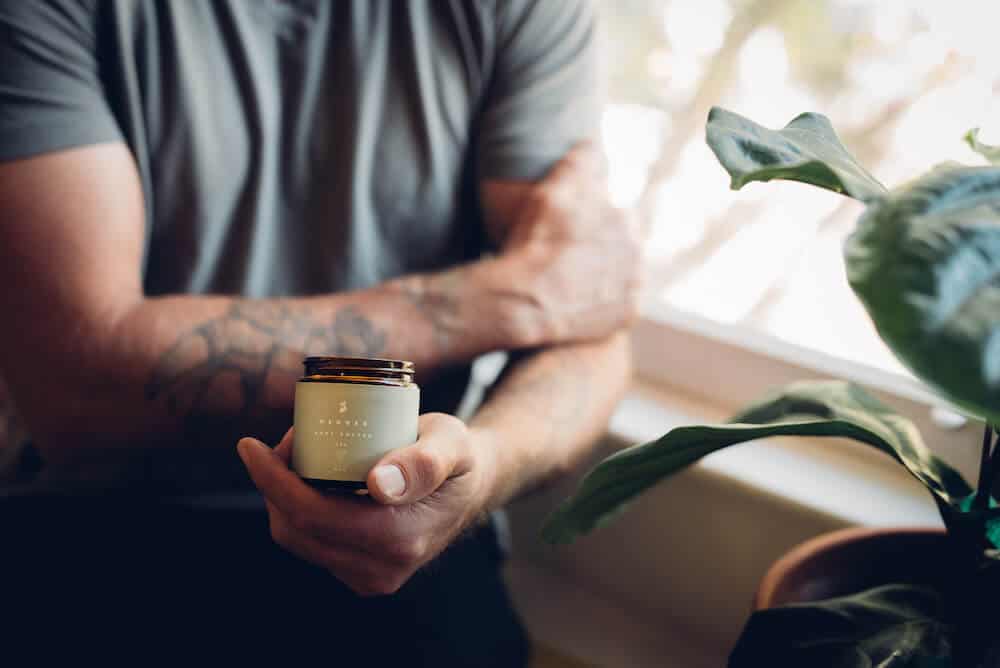 Our design is what really attracts customers. We have been called ‘hippie in a good way’, ‘elegant’, ‘clean’, ‘modern botanical’ — our goal was always to design products that you would want to sit out on your shelf, and that gives a feeling of calm when you look at them. After that came our ingredients. Everything we use is natural, from our clean US Hemp Authority Certified CBD, to the organic olive oil that we purchase from a local farmer.

We also work really hard to make it super easy to work with us. We use just enough tech tools to streamline operations and communications so customers can expect consistent service, and then we also have policies in place that make it easy for small businesses to work with us, like no order minimums and quick turnarounds on shipments. We also rely on Instagram a lot to connect with our customers and retailers.

We launched our CBD Essentials Collection late spring in 2018 and by the end of that year had grown our monthly sales tenfold. We bring in new stockists weekly and are ever-growing our web sales. But this is tricky because it is still against social media and Google policies to advertise anything with CBD online, so we rely 100% on PR, social and in-person marketing efforts.

As far as expansion, we just launched a beautiful new product — CBD Massage + Body Oil that can be used by professionals for the rapidly growing CBD massage market. We plan on adding another product lineup toward the end of the year and have another planned for next summer. There will undoubtedly be others, but we are waiting for the CBD research to tell us where to go next.

Honestly, not being afraid to take big risks. When I managed client accounts at agencies I worked at it was easy, but with Mender I found myself erring on the side of cautious. But my personality tends to lean towards enjoying taking well-calculated risks, so it usually doesn’t take long before I get in the right space to say, “yes, let’s do it!” After all, I wouldn’t have been able to navigate and grow a CBD business in a legal grey market if I wasn’t inclined toward risk. 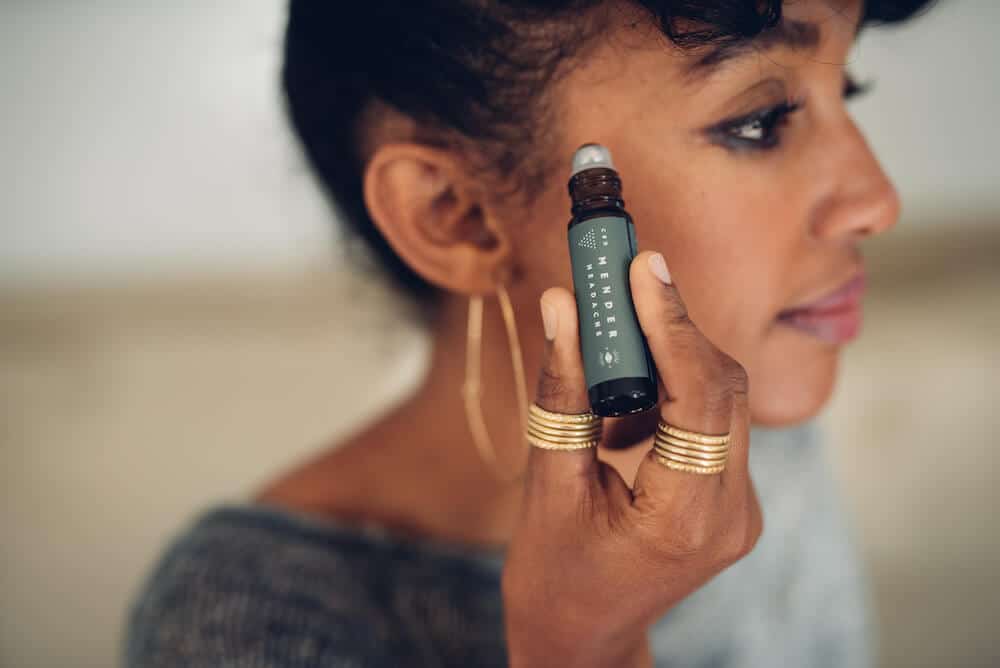 What marketing tools do you use to run Mender?

We love our Squarespace website because it integrates so flawlessly with Mailchimp and ShipStation — our fulfillment software. We also use SelfMade to help with our Instagram content and their social analytics app is high-powered. Plus the customer service on all 4 of these platforms is wonderful.

I am a huge fan of Marty Neumeier and Seth Godin — a boss at an agency turned me on to them. I had just received a Masters in Public Policy when I started working in agencies, so my Political Science background ensured that I got the research, analysis and project design part down pat. But Marty and Seth taught me about what a brand was and could be, and it truly changed my life forever.

From afar, I have really kept an eye on what Lord Jones and Beboe are doing in the cannabis space, creating brands and tribes that go beyond a clean logo and nice packaging. I also love the Herb Somm, Jamie Evans, who is currently hosting high-end infused food experience events. I had the honor of attending one last October in San Francisco and it was dreamy.

I also work closely with MJ Lifestyle and its Executive Editor Jennifer Skog, who has been such an incredible confidante and ally. Brittany Carbonne, the founder of Tonic, has been so great, too. We teamed up on a fundraiser project and she has since become a friend, which is cool.

Hit up as many smart people as you can about your idea and be open to their feedback. Then ask those who you  feel have a great communication style and are smart, savvy and honest to become your business advisor. Gather a few of these people to bounce ideas off of.

Hit up as many experienced and smart people as you can about your idea and be open to their feedback.Click To Tweet

We have 2 advisors right now — an organic farmer who is changing the game in terms of how overlooked vegetables are utilized in the functional food space (he checks my ideas and business strategies), and a CBD industry veteran who helps us with pricing and other industry-related questions.

We are entertaining the idea of investors who share our vision — we do not want to move manufacturing to China or Mexico to save money, for example, and we are not interested in being in WalMart. Those just aren’t our plays and it isn’t our brand. However, we would love to discuss options with the right investor who can help us grow strategically and financially.

We would like to move to a larger manufacturing facility soon, purchase some equipment, hire our Creative Director full time so he can quit his day job, and ramp up our marketing and sales efforts. We are still in bootstrap mode with all seed capital coming from my personal savings, so we will be looking for an investor soon.

Platforms and Tools that Mender uses: 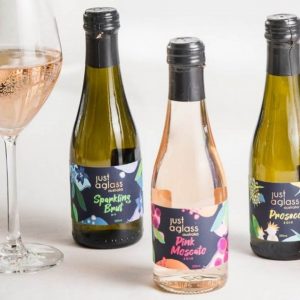 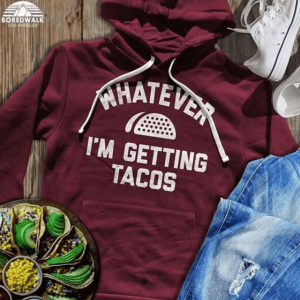 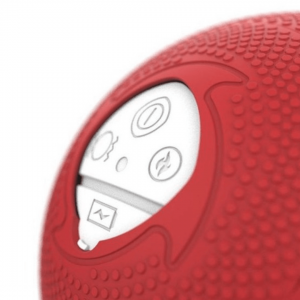