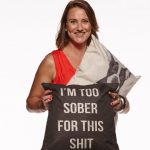 After spending 20 years as a HR Manager and dealing with difficult people on a daily basis, Lori Phegan had the idea to start The Inappropriate Gift Co. The business sells humorous gifts to people with an inappropriate sense of humor. Their main customer base consists of females between 35 and 55, who enjoy profanity and like to have fun with their gifts.

Lori appeared on Australia’s version of Shark Tank in 2018 and after her pitch, all five sharks wanted to invest. She also had a mug go viral on social media, racking up 10 million views, before she decided to turn this into a full-time career. The company now generates $70k a month and Lori has tonnes of ideas on where to take it next. We find out what these ideas are.

My name is Lori Phegan. Before launching The Inappropriate Gift Co, I was an HR manager for 20 years. The frustration of dealing with difficult people on a daily basis gave me the material I needed for not only my business idea, but the inappropriate gifts themselves. After setting up a basic website to sell my mugs emblazoned with funny phrases, it was mostly a hobby until one of them went viral, racking up 10 million views.

This initial success led me to appearing on Australia's version of Shark Tank in May 2018. My appearance and brand not only raised eyebrows but also deals, as I was offered deals by all five sharks. Since then the business continues to grow and succeed, winning awards such as this year's AusMumpreneur award for best e-commerce store.

The business has evolved and is now selling a wide selection of products that range in profanity, and we’re distributing to customers in over 50 different countries worldwide.

My main location is in Sydney, where I live, however we have warehouses in Sydney and London.

If I was to describe my target audience, I’d say they would be females between the ages of 35 and 55 with an inappropriate sense of humour.

How did you come up with the idea, brand name and logo for The Inappropriate Gift Co?

The idea started when I was trying to find a gift for my brother who shares the same inappropriate sense of humour as me. I couldn’t find anything online so I created my own sarcastic gift for him and realized there was a gap in the market.

I told my husband about my idea to set up an online inappropriate gift company and he laughed. I vividly remember him smirking and saying, “Honey, you find that stuff funny but not many other people will, let alone pay money for it. They are not as warped in the head as you are!”

Once my husband told me I couldn’t do it, I had to set it up to prove him wrong!  Two years later, he left his full time corporate well paid job in the city to help me sell those same inappropriate mugs he thought couldn’t become a fully fledged business.

When I think about our name, making the decision was quite straightforward. I wanted the name to be simple and explain clearly what we’re about. I think we have achieved that. It is easy and simple and tells newcomers to the brand exactly who we are.

Describe the process of launching The Inappropriate Gift Co?

I started out by building a simple website using WIX.  I really enjoyed using WIX itself, as well as creating something from scratch and learning the ins and outs of sites architecture.

When I launched, I only had around 10 products; a mix of pens and mugs.  As the product line was quite limited, my start-up costs were relatively minimal. Also, I chose to use the free WIX site option so i could divert more money to the products.

Regarding promotion, in the beginning I focused on promoting the business within my circle of friends and also through several Facebook pages. Facebook helped to expand the reach of the brand and generate initial hype around the brand and products.

For me, I am very active on social media. I love Facebook and inappropriate memes, so I would post 2-3 times a day sharing such content. This helped greatly to engage with my social audience, get more ideas for content and products.

Given I spend time on each social media platform so much, I have not relied much on apps from a scheduling standpoint as I rather spend on each platform interacting with my audience.

Also, I am personally adamant about making life fun again, and so I ensure that all our customers have a fun experience when they shop with us. If they don’t then I am happy to fix the problem or provide a refund.

These strategies have helped to foster a loyal customer base and build a more connected brand culture.

With regards to business growth, how have things changed from a digital, revenue, customer and sales perspective?

We have grown approximately 20% year on year, reach over 350k via social media and another 50k via our newsletter,  and have sent products to over 50 different countries worldwide. I am super proud of where the business has grown to and am excited to continue to create and push towards my goal to make life fun again.

I have decided I want The Inappropriate Gift Co to remain a lifestyle business, meaning it will pay us enough to earn what we would have done in the corporate world. I say this as I used to be interested in international expansion, but quickly realised that doing so would spread me too thin.

Having previously worked in Human Resources, I am in no rush to expand the business and employ lots of staff simply because I know that with more people comes more problems!

I just want to keep having fun with it. Given this, I have no exit strategy. However, I do want the brand to stand for #makinglifefunagain, so I have lots of ideas about how I can make that happen and it’s not just about a gift store – watch this space!

1) Do it because you love doing it – not because you think it will make you money. Running your own business is fun but can be very scary financially. You will probably lose money long before you start making it.

2) There is no magic strategy, it is just a series of hard knocks and learning from mistakes that gets you better at what you are doing. This is why you need to love the process and not just be hanging out for a windfall at the end.

What are some of your favorite online business tools you use to run The Inappropriate Gift Co?

Shopify is an awesome tool for ecommerce, reporting and getting stats is very easy.

Facebook for me has been the number one marketing tool.

See what tools and platforms other founders are using.

Any of the books by Seth Godin.  Purple Cow, Tribes, The Dip, Permission Marketing.

Naomi Simson. I was lucky enough to work with her as a mentor after my Shark Tank appearance in 2018.

My husband, who has supported me throughout, and my girlfriends, who make me laugh and give me the inspiration for my products.

Have fun.. Life is short, keep learning but remember to stop, smell the roses and laugh!

Always happy to have people give me more money by either shopping at my store or promoting it to others, or following on my socials accounts. I am open to angel investment as well. 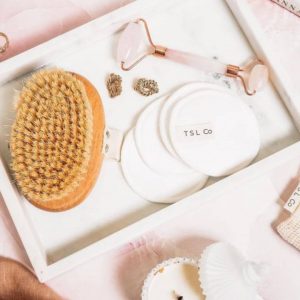 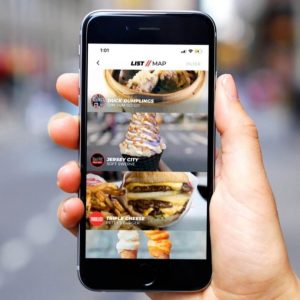 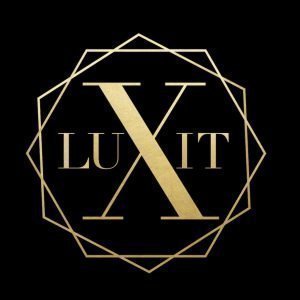 How I Self Funded a $1.2M/Year Mobile Beauty, Wellness and Lifestyle Services Brand