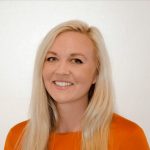 Michelle is the founder of Yugen Adventure – the authorised reseller of Oru Kayaks in Australia. Her aim is to help outdoor enthusiasts who live in a shoe-box sized apartment, like herself, find a kayak that fits. By doing so, she hopes that people will reconnect with nature and the water. She runs the business alongside Jonathan, her partner in both business and life, who is an entrepreneur and self-taught programmer with a background in marketing.

Today, the business makes a tidy $15,000 in revenue each month. Demo days are the second biggest driver for acquiring new customers. And advertising – particularly on Google – has been the biggest driver of traffic to their online store. We wanted to find out more about the company’s future, so we caught up with Michelle to tell us all about it.

Hi, my name is Michelle, co-founder of Yugen Adventure. I’m a sustainability engineer living in a tiny apartment in Sydney. I have a passion for creative sustainable solutions in everyday life, and I love the outdoors and exercising.

Yugen Adventure is the authorised reseller of Oru Kayaks in Australia. Myself and my partner / co-founder Johnathon, sell foldable kayaks to outdoor enthusiasts who are searching for a kayak that can fit in a “shoebox-sized” apartment. We love helping people get back out into nature, and to easily connect with the water.

Starting Yugen Adventure has opened up a whole new community of kayakers in Australia and New Zealand. What’s more amazing is all the positive feedback and photos our customers send us of their favourite kayaking spots.

How did you come up with the idea, brand name and logo for Yugen Adventure?

I have always been creative and interested in smart solutions that could help a lot of people live a more connected life to nature. When I met my partner Johnathon, I found a new passion for business hidden within me. Johnathon is an entrepreneur with a background in marketing and is also a self-taught programmer. He introduced me to a new world of possibilities.

When Yugen Adventure was born, possibility became reality. I was trying to find a kayak that could fit into my “shoebox-sized” apartment, but nothing piqued my interest in the Australian market. While travelling in Scandinavia, a friend introduced me to Oru Kayak, and it was love at first sight! Not long after testing my first origami (foldable) kayak, I started Yugen Adventure.

The word “Yugen” means ‘An awareness of the universe that triggers emotional responses, too deep and powerful for words’. This was the feeling I experienced when I first paddled through the peaceful forest and lakes in Scandinavia.

Starting up a business while also working full-time as an engineer was not easy, which is why I’m forever grateful that my best friend and partner Johnathon stepped in and helped with building our website and setting up our advertising. We now run the business together.

Our logo is intended to represent the sheer majesty of nature. It features a mountain range with accompanying water reflection. It aims to create an emotional response to nature in people, and to reconnect them to the universe itself.

I started off by writing a business plan and doing market research for nearly a year, before getting the rights to resell Oru Kayaks and accessories in Australia.

Around a month after we got the green light to start selling Oru Kayaks in Australia (early January 2019), we had the website up and running. Around a week later, we heard the “ka-ching” of our first sale. That first sale was mind-blowing! I couldn’t believe we sold one that fast.

After a few months of generating traffic to our website from running ads on Google and Facebook and growing our Instagram account, we realized that lots of people wanted to make sure our kayaks did indeed “float” before buying. As we only have an online store, we decided to start offering “demo days”, which would allow people to take one of our kayaks for a test paddle before they decided to buy. We knew people would love them as much as we do if they went for a paddle!

We now have customers all over Australia and also New Zealand, which was a challenge in itself. Shipping a kayak from Australia to New Zealand isn’t as easy as it sounds. There are several taxes and other regulations that we had to abide by. Since launching, we’ve learnt a lot and have received several other requests to ship internationally.

A memorable moment was receiving photos from one of our customers who had travelled with their kayak from Australia to New Zealand to explore the amazing glow worm caves via water.  It’s moments like these that feel extra special, as they remind you that you are really creating value in people's lives, and you’re not just “running a business”.

Advertising has been the biggest driver of traffic to our online store, which is crucial, as we sell our kayaks exclusively online. We find Google Ads work best for us, however we do also run Facebook ads.

We’re planning on holding more demo days in different cities around Australia. People get excited when they see the kayak for themselves and can feel and see it unfold from a box into a kayak in just a few minutes. Demo days have been the second biggest driver for acquiring new customers.

We’re also excited to be offering a new kayak model from Oru Kayak – The Inlet. Which are around half the size of the original kayaks and the new features suit all paddlers, independent of skill level.

The focus moving forward is to continue growing our business by scaling our advertising, creating more localised digital content and providing Demo days in all states in Aus. We are also excited to be offering the new model from Oru Kayak in Australia later this year, the Inlet, which is basically a smaller version of the Beach LT.

Ask for help and be patient. But the most important lesson is to always have a backup plan and never trust anything 100%.

1) Do your market research before launching and make sure you have a strategy to grow your social media and brand awareness early on.

2) Make sure you understand advertising and your customer’s needs, as this will help you sell more products.

3) Make sure to test different strategies and understand that failure is part of the journey.

What are some of your favorite online business tools you use to run Yugen Adventure?

See what ecommerce tools other founders are using.

I thank my partner for jumping on board this journey with me, as he was able to fill in a lot of the knowledge gaps when starting out. I’ve also been positively influenced by many great “digital mentors" featured on podcasts such as the Tim Ferriss Show and Shopify Masters.

Not currently, but possibly sometime in the near future.

The best places to find out more info on our future promotions are our website www.yugenadventure.com.au and Instagram profile. 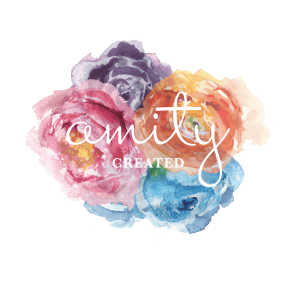 How I Started a Self-Care Brand Which Is Now Achieving 32% Customer Retention. 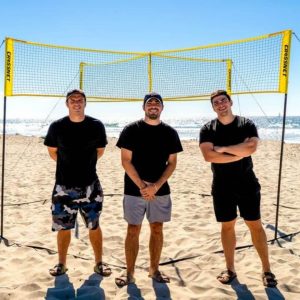 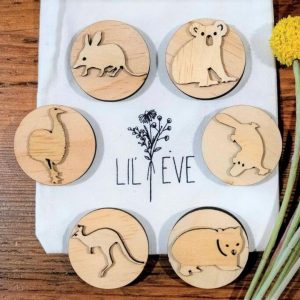